For me, it has something magnetic, even if I was not born near the sea, but I discovered it and started to love it only later in life. Of course, it’s a sport, it’s a profession, it’s a life choice, but it is also much more, something much deeper. When you are on a boat as small as the ones I started with, in the middle of the ocean, it’s a beautiful, magical feeling. […]

In the middle of the sea you can learn a lot about yourself, not only from a physical point of view, when you have to fight against fatigue and sleep, but also when you have to find a good relationship with yourself. When you spend many hours alone, away from everyone, you really discover who you are”.

The sea in the blood

Born in Turin, and with a degree in philosophy, Alberto has the sea in his DNA. The bond between Alberto and sailing is precocious: when he was still a baby he crossed the Mediterranean on his family’s Camper & Nicholson. At the age of eight he began sailing on dinghies, an excellent training ground for acquiring the fundamentals of every sailor. For Alberto, however, sailing rhymes with adventure and solitary: at 19 he builds a 2.5 m centreboard boat and crosses the Tyrrhenian on his own.

The competitions will come shortly after, but the direction that his path will take is already clear.

When he is a university student he gets aboard Stormvogel, a fast ULDB and historic boat, with which he conquers the Panerai trophy; but first and foremost he crosses the Atlantic Ocean for the first time, winning the ARC with a New Zealand crew.

The experience of the classic one-design “between the buoys” regattas enriches his preparation. Alberto is becoming as an eclectic and competent sailor.

The “course au large” is his goal; so, at the age of 27, Alberto is in Lorient for the start of the Minitransat, a solo regatta that involves crossing the Atlantic. The Minis are floating labs: all the innovation in the field of technology applied to Atlantic regattas comes from this class. These 6.5 m boats are capable of crossing the ocean in 13 days. The Minitransat is a legendary regatta, and Alberto gets there thanks to his victory in the 2012 Italian championship and to the support of the Italian Yatch Club. At his first experience, he finished 5th in Guadalupe with his Mini Onlinesim, after a regatta hard-fought to the end: it’s one of the best Italian results ever in this category.

When he lands on the other side of the ocean, Alberto is no longer just a sailor: he has become a professional seafarer. After that regatta, he enters a small circle of Italian sportsmen.

From the finish line of that Minitransat, the unstoppable need arises to return on board as soon as one has landed. To cross the ocean again, to experience once again the sensations felt in the midst of immense masses of water. From that need comes Alberto’s determination, the will to dedicate himself to new projects with stubbornness and commitment.

The dream of 2015 is to move into the Mini 6.50 prototype category: to take an existing boat and improve it, with the aim of understanding its design secrets and continuing to gain experience in the field of boatbuilding, with high-tech composite materials. The collaboration with the Nautical Engineering University of Spezia and a young group of designers begins, and the results are not long in coming. In 2015, with Promostudi La Spezia, he won the Italian championship, while in the in-ocean international field, in the Les Sables-Azores crossing, he ends up second.

Between one Minitransat and the next, he is a sought-after sailor for the classic Mediterranean offshore regattas. His training in meteorology with the best French experts and his ocean past record make him an excellent strategist in the management of offshore regattas. He obtains excellent results: in-crew Italian Offshore Champion in 2014.

The career of every sailor includes the will to compete with the best, in the classes where the best compete. In 2017, Alberto switched to the Class40, supported by Giovanni Soldini, who made his boat, formerly Telecom Italia, available to him. With this boat, he participates in the Transat Jacques Vabres, where he is forced to withdraw when he is in sixth place.

In 2019, Giovanni invites him to board the Maserati Multi70, a trimaran equipped with foils, one of the fastest boats in the world. As a member of the crew, together with the strongest and most experienced navigators around, Alberto participates in some long voyages. The transfer from Okinawa to Hong Kong, the tour of Europe, dedicated to testing the new flying trim of the trimaran, and the Pacific regatta Transpac in July 2019. Alberto experiences navigation at over 40 knots of speed (70 km/h), flying over the water.

The experience on the foils, acquired with the Maserati, is the necessary step to switch to another boat. The Figaro Beneteau 3 is the first standard foil monotype monohull, a concentrate of technology and innovation, on board of which Alberto participates in the Solitaire. This championship is among the most competitive in ocean sailing, and puts Alberto once again alongside the best world sailors in the category. The only Italian registered in the championship, he finishes 7th among the rookies in the first year, and 16th overall in 2020.

In the 2021 season, after gaining a lot of experience, he leads a team to conquer the Italian offshore title and wins the Europeans in mixed doubles aboard the Figaro 3.

In 2022 the new project begins, with the support of the IBSA Group.

Competing, designing, innovating, managing: all skills that Alberto has acquired over the years, and which will be crucial for the journey of his IBSA Class40.

An innovative and technological boat designed with attention to details, a well-integrated and experienced team to compete at the top for the next three years.

The first goal in the agenda is racing in the most crowded and competitive class of the next Route du Rhum, the Class40, with 55 starters in the category.

A journey made together with IBSA and with the colours of the Circolo Vela Bellano, to share strong common values and to make the general public and all fans dream.

Alberto Bona towards the Route du Rhum: boat, body and mind become one 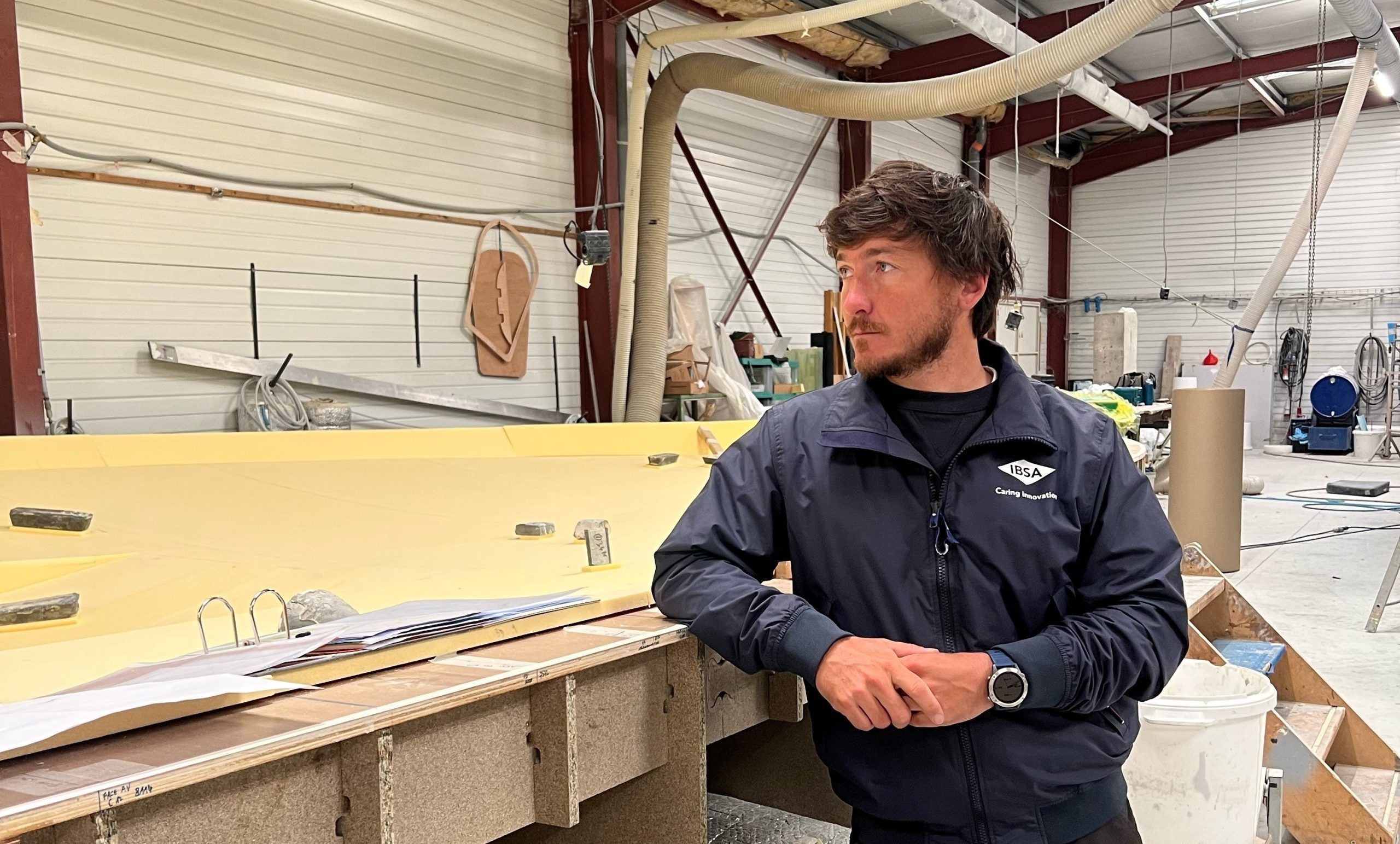