“A very nice but extremely hard regatta, especially in the upwind week”, stated Alberto upon arrival. “I am extremely happy: IBSA and I made it together, crossing an Atlantic that didn’t cut us any slack. A hard, unforgettable experience”.

The Ocean did not make concessions to anyone, but Bona was able to navigate with determination: “In the second disturbance, at night, I lost my wind station, I moved quickly to reach the helm and I hit my head. A tricky moment, no doubt, just like a few days ago when, the spinnaker exploded. I replaced it with a bigger one, but the mast then started going down into the water, I had to calm down. Hence the eighth place, which is fine, even if there is still potential to be expressed”.

Started from Saint-Malo on November 9, the transoceanic regatta – which takes place every four years – saw a total of 138 solo skippers at the start, of whom 55 in Class40. The conditions of this edition proved to be exceptionally complex: after the three-day postponement to avoid a disturbance considered dangerous, the regatta was particularly tough.

THE BIG UPWIND – After a close-hauled start, the “walkway” in front of the iconic Cap Frehel and a demanding day of sailing already in the Channel, the skippers found themselves at the exit of the English Channel with winds up to 40 knots and rough seas. The Bay of Biscay immediately dictated its own conditions, putting the boats to the test and causing many withdrawals. Alberto Bona, at his first transatlantic regatta in Class40, has always been part of the leading group who – by choosing a more westerly route, far from the European coast – had to face three consecutive disturbances, while always sailing upwind.

It was a very difficult phase of the regatta: Alberto immediately had to deal with the malfunctioning of the main autopilot, due to the failure of the wind station, and this had very harsh consequences, forcing the skipper to spend many hours at the helm, a condition that put to the test his endurance and concentration. Bona also suffered an injury, a cut on his forehead, which he treated himself following the doctor’s instructions by radio.

“Navigating in the upwind conditions we found ourselves in was very difficult: every movement on board is dangerous, and you are forced to remain still as much as possible, so as not to risk banging everywhere. At the same time, it is necessary to be alert, reactive and ready, because the boat has to be analysed and checked continuously, in order to intervene promptly and avoid greater damages”.

The “big upwind” lasted about a week, followed by a few days of wider sailing points and lighter winds: days that Alberto Bona used for what he called “DIY”, that is, a careful analysis of the hull and all the equipment, as well as all the work necessary to restore and prevent any damage.

THE AZORES AND THE CALM – The transition to the Azores, with the Class40 IBSA between the fifth and seventh position, in constant contact with the leaders, proved to be complex as well. The leading group of Class40s, in fact, chose to pass between the islands, gaining speed and miles over the rest of the fleet, but also requiring further attention and control. Then, to the South, the light wind and an uncooperative trade wind, which was late in showing itself, brought the leading group into an area with little wind, which was useful for recovering strength and defining the strategy for the second part of the regatta, characterised by broad reach sailing. In this stage, Alberto attempted a recovery at night, which allowed him to catch up with the leading group when he was about twenty miles behind, but the different weather conditions further along the course favoured the leaders again.

FICKLE TRADE WINDS –Those who expected welcoming and gentle trade winds were immediately disappointed: the first group of Class40s had to wait longer than expected to catch the carrier winds, discovering that, once they arrived, they would never be steady. The leaders benefitted from a stronger wind and a better course, thus gaining an additional advantage. The Class40 IBSA showed excellent speed peaks, taking advantage of the moments of stronger wind. In fact, even a few miles away, conditions changed radically and the boats of the leading group sailed with different speeds and directions. Here, Bona tried the “Southern option”, to equalise his chances with the leaders, but the explosion of the heavy gennaker affected the last days of navigation: cross waves and fickle winds literally blew up the sail, and Alberto was left with the option of sailing with a masthead gennaker, to be manoeuvred continuously, but the bigger sail forced the mast into the water several times. To avoid any damage, Bona had to choose a more conservative trim, and the class40 IBSA settled in eighth position.

GUADELOUPE – The Route du Rhum is made up of many regattas within a regatta, and when Guadeloupe is sighted, after 3,500 miles of navigation, the last test begins: the circumnavigation of the island before crossing the finish line in Pointe-à-Pitre. This is the legendary endgame, between lighter winds and the management of a navigation along the coastline. For Bona, it was a long day of navigation, before crossing the finish line in the afternoon and throw himself into the arms of his Cecilia, applauded and surrounded by the affection of the IBSA team, who had arrived in Guadeloupe to give him a warm welcome. Ambrogio Beccaria was also waiting for him on the quay. 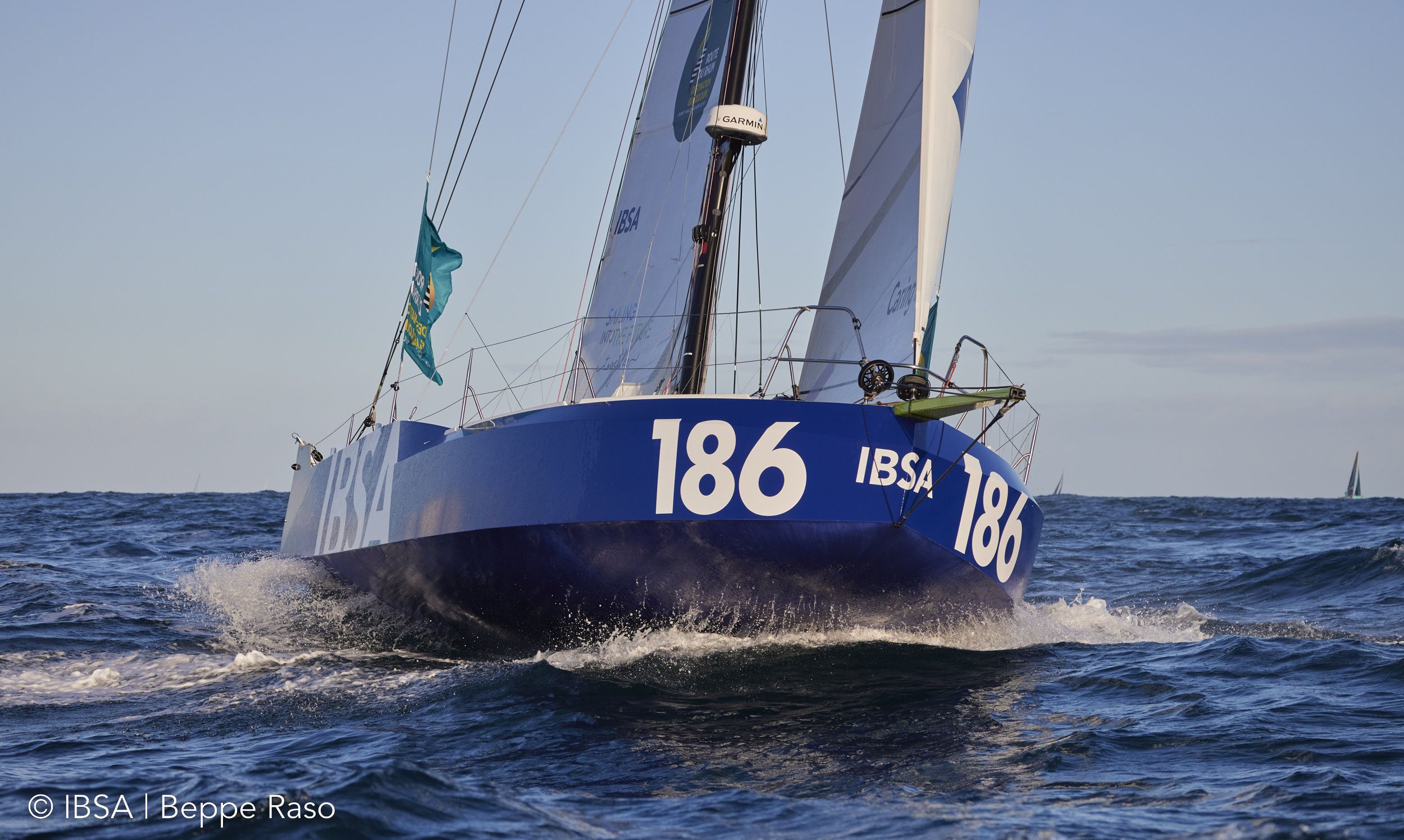 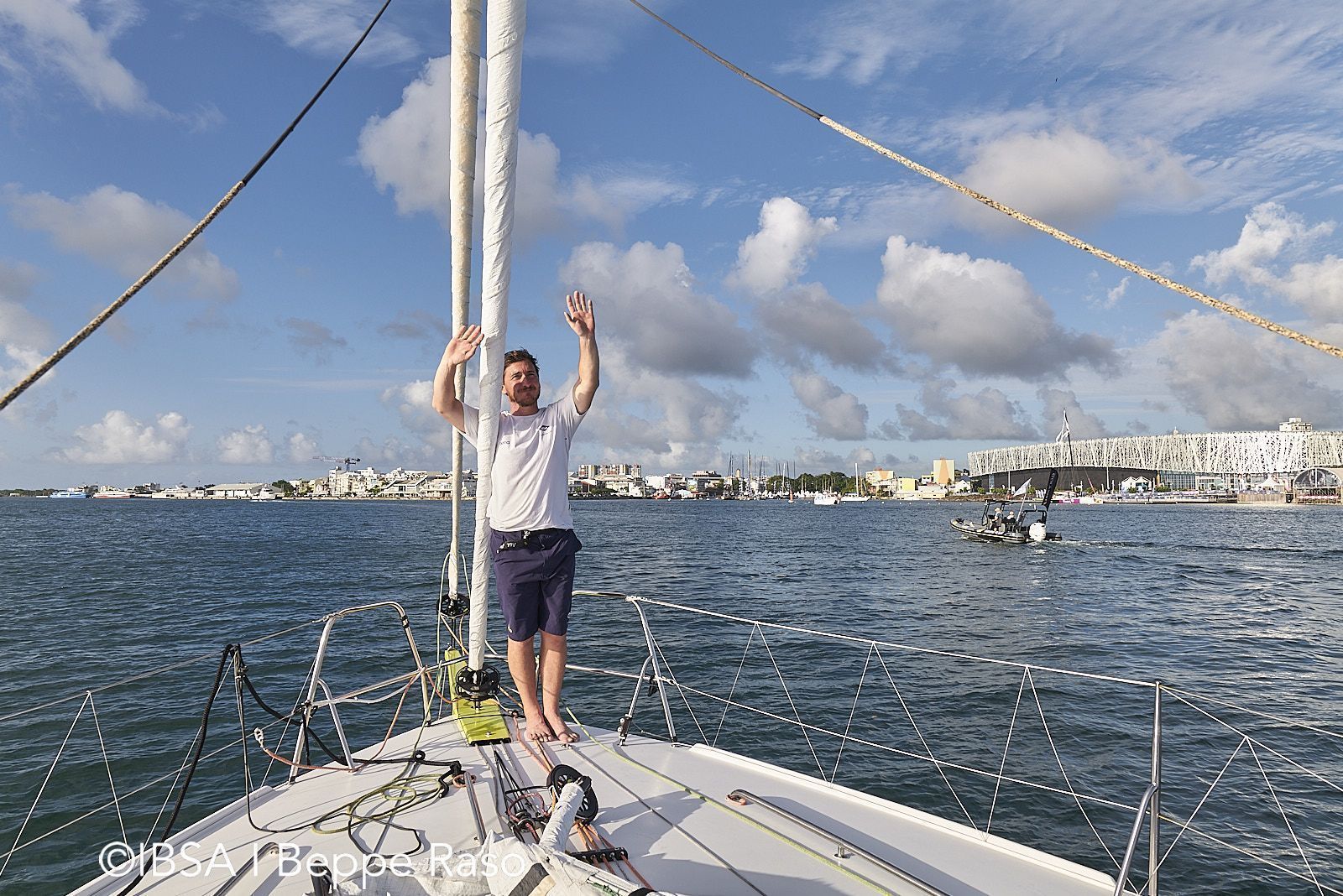 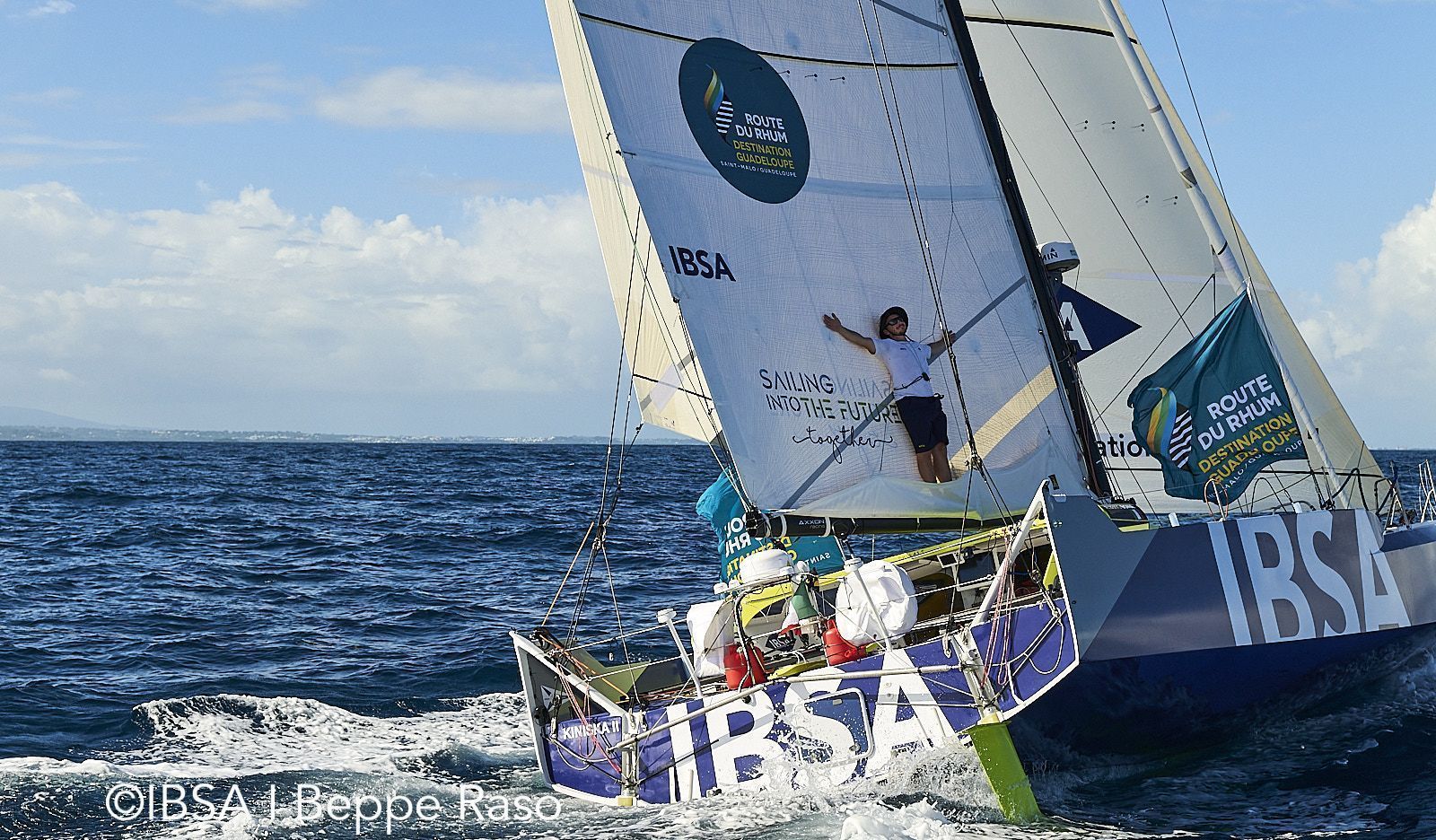 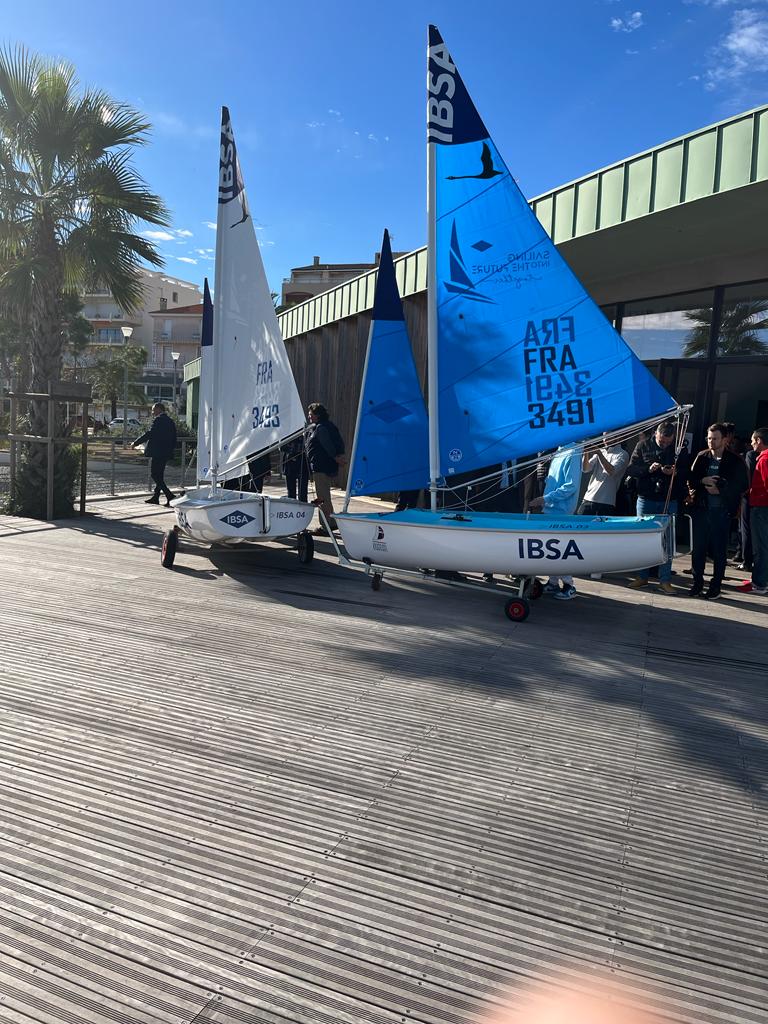 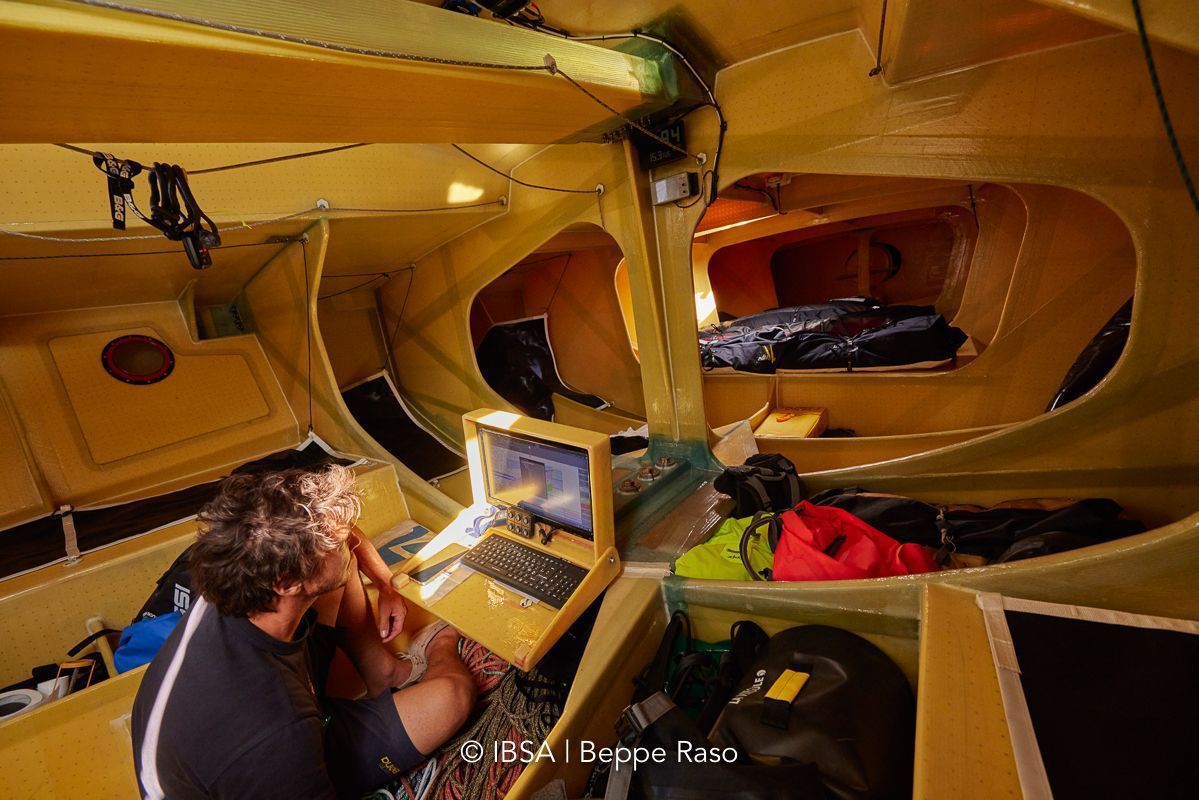 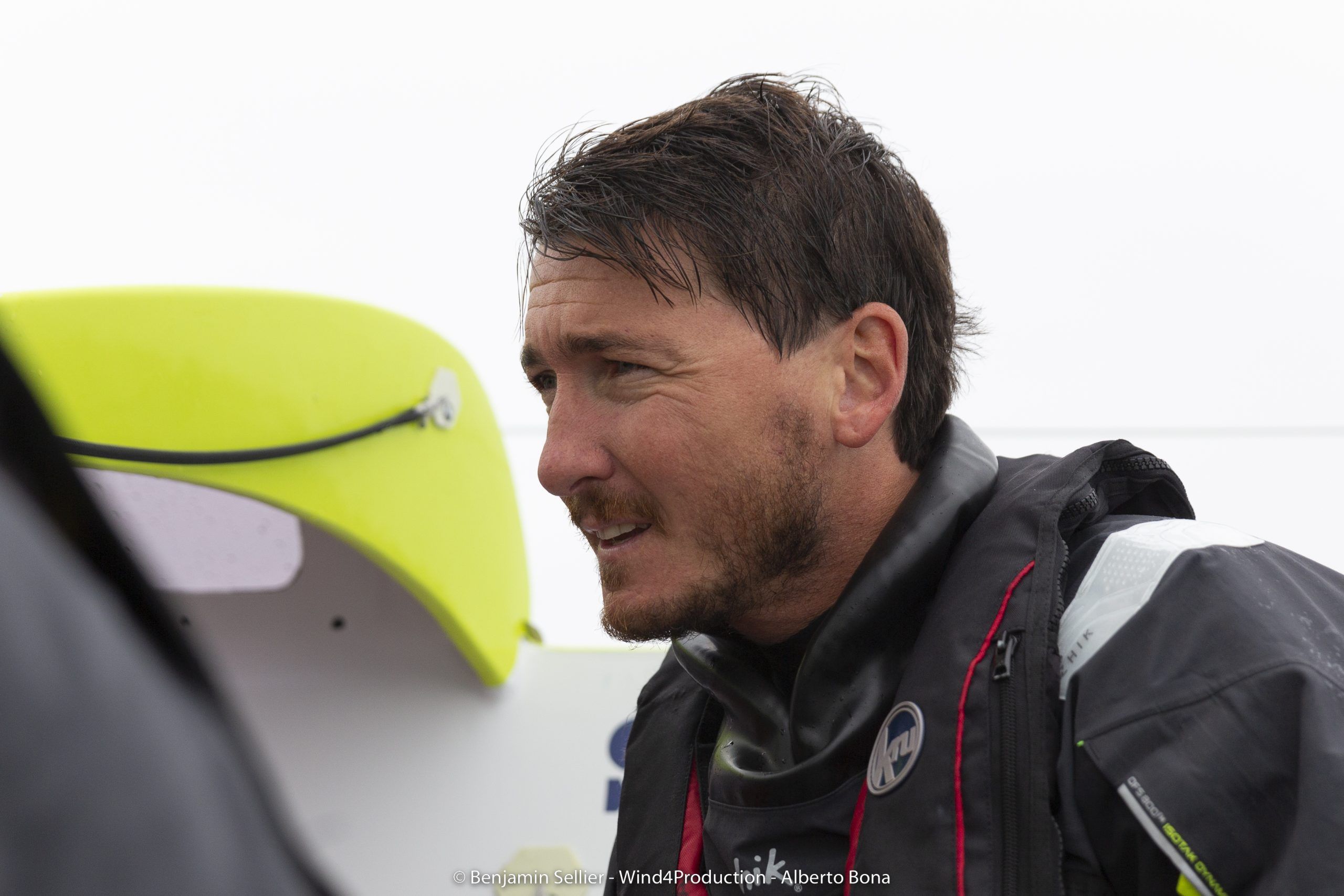 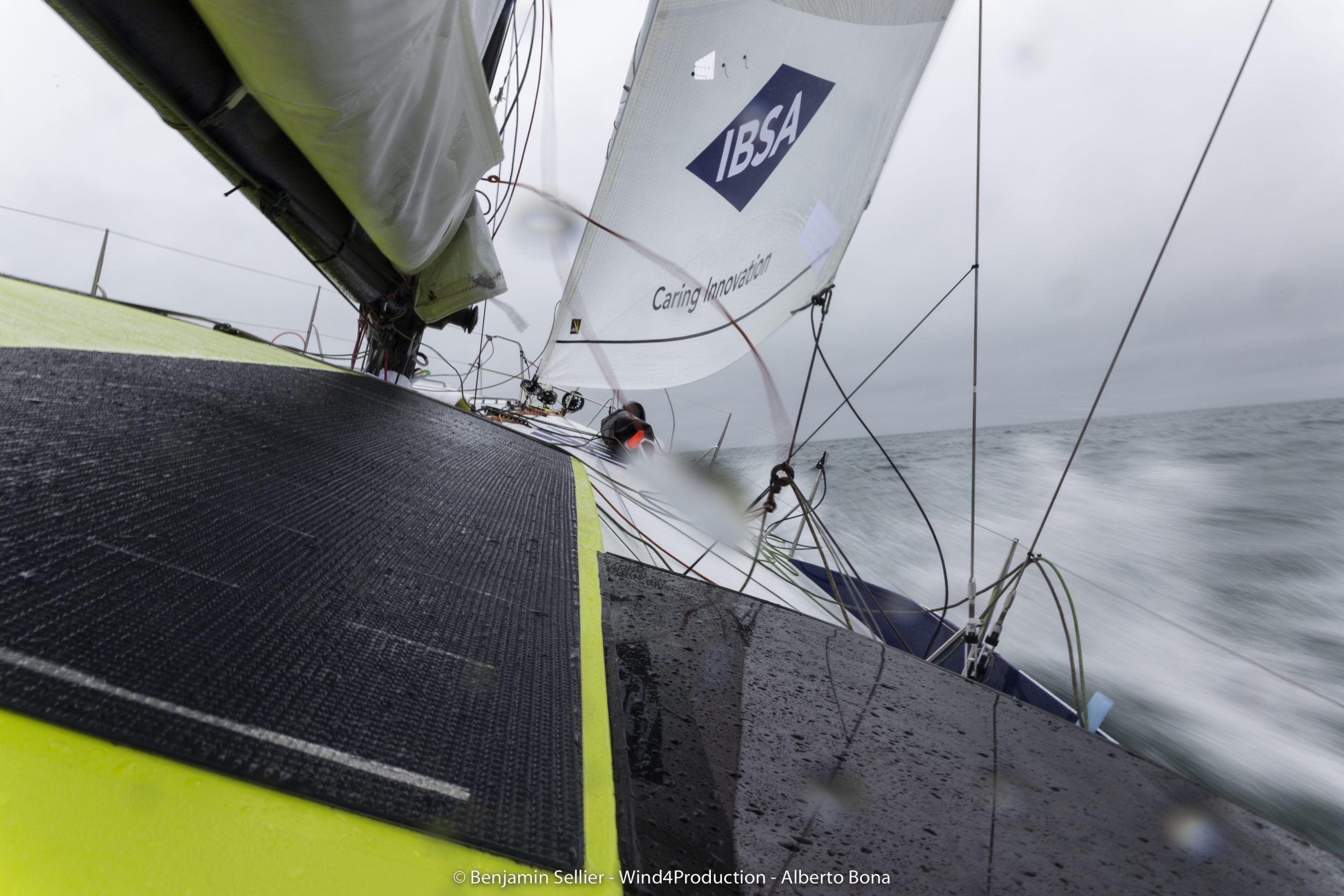 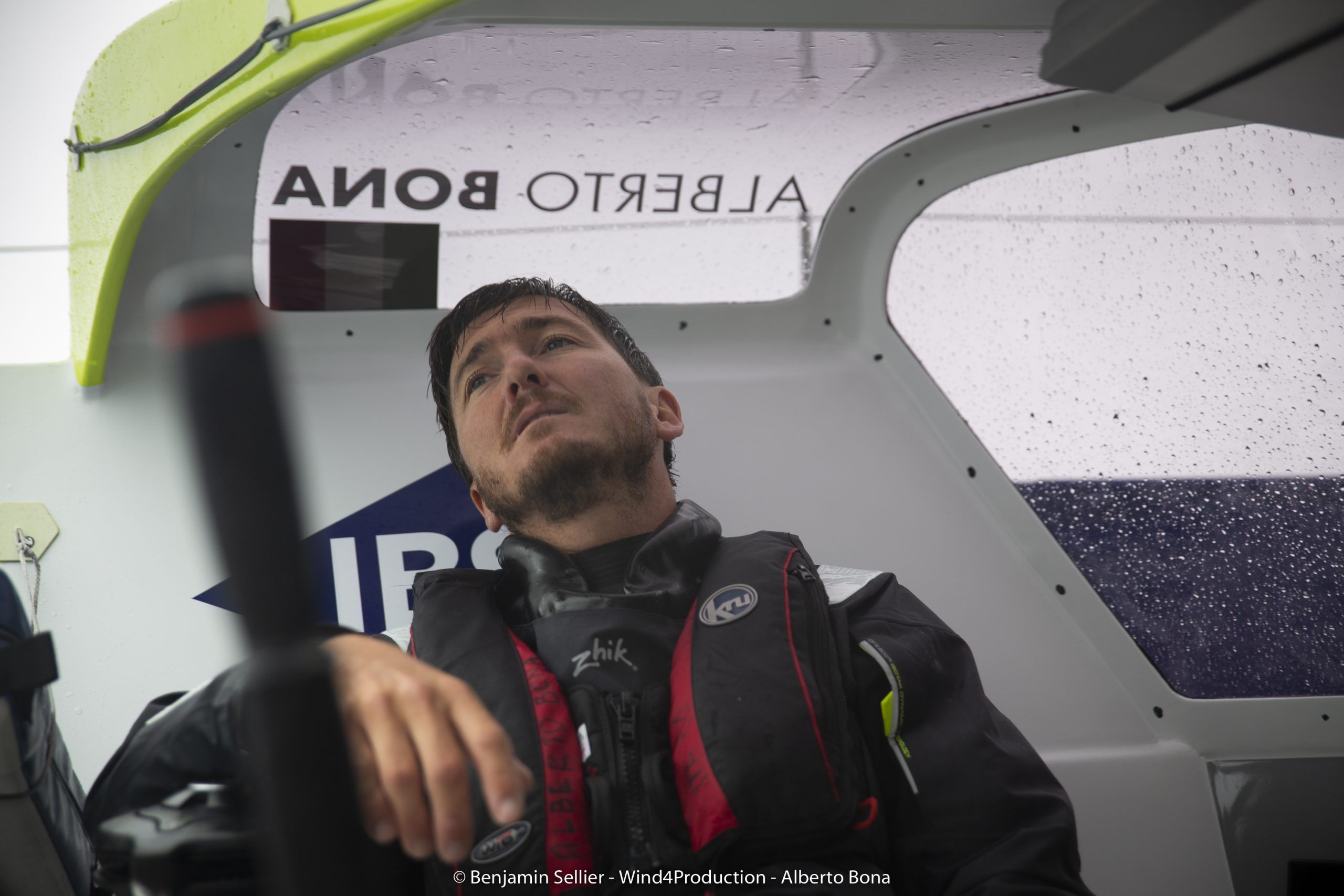 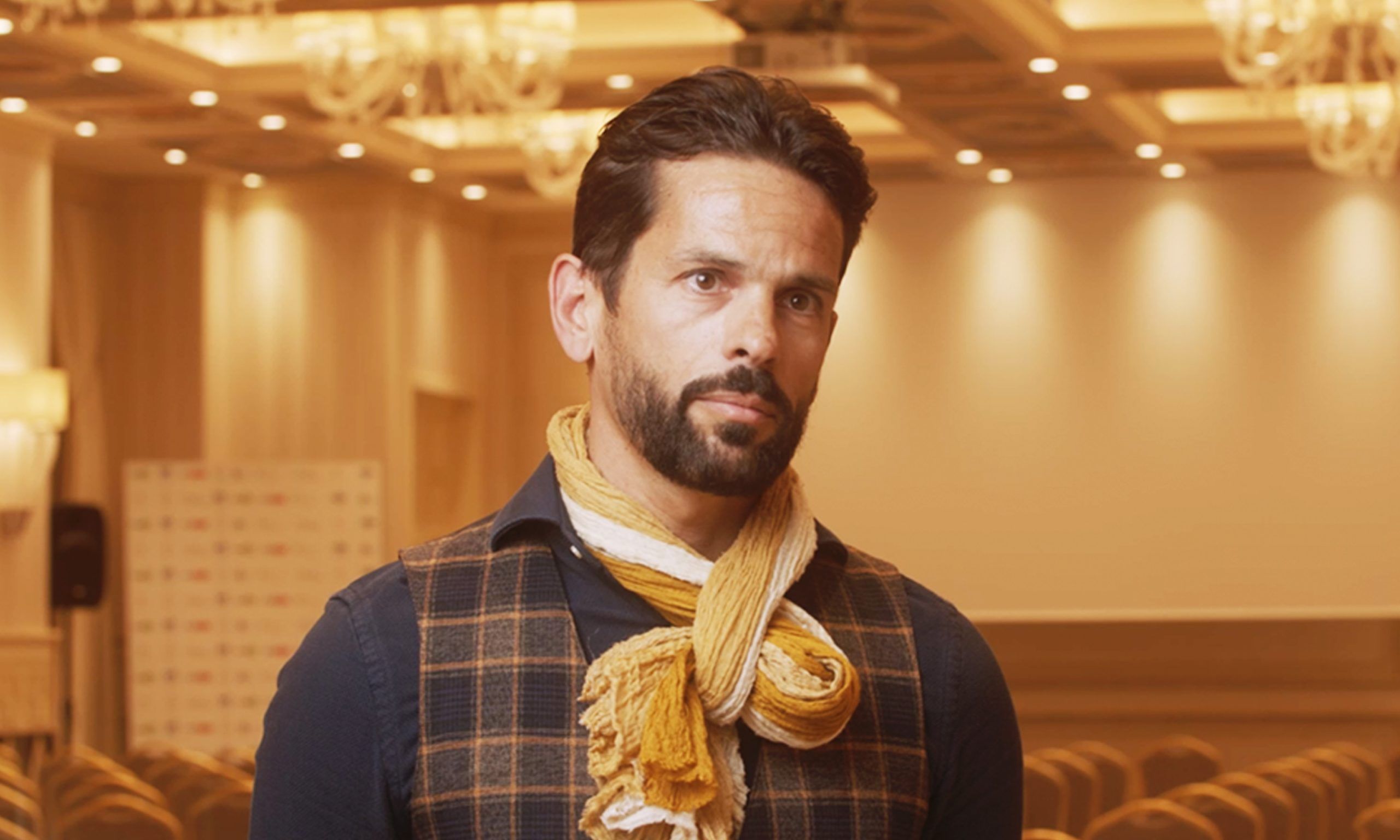